“Bitcoin has been moving in a range for about 3 months now. The probability of Bitcoin in 2022 breaking its previous ATH (All Time High) is low.”

About the crypto market overview this week, there are some key points. This year will be marked by a dense macro agenda. Regarding the number of FED hikes, the market is priced from six to nine times. Which means at least a hike at every FOMC. The benchmark interest rate is expected to be 2%. However, some more aggressive expectations could also be heard on the street. For example, Goldman Sachs forecast it to be in the 4% range. 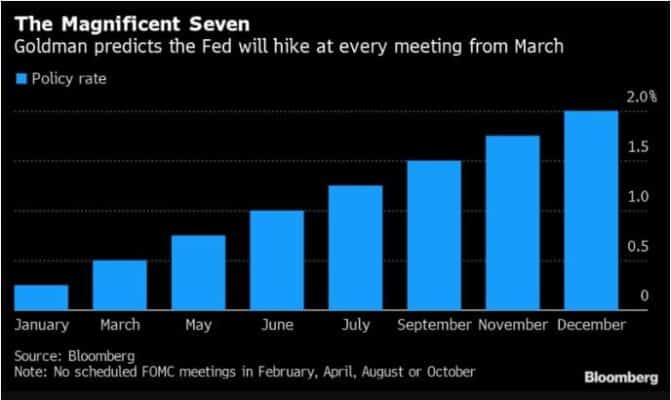 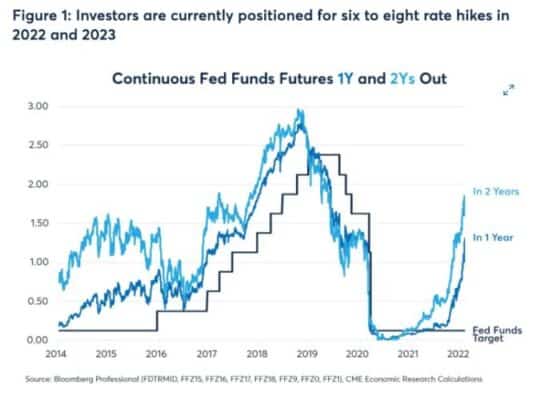 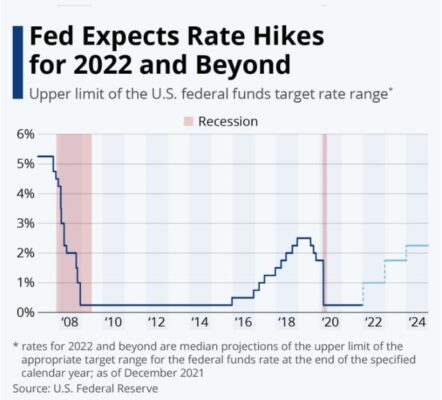 The CPI announcement on 12th April has indeed triggered some sell-offs as we envisaged in our previous post. However, there was no panic selling nor the high level of volatility we thought would be. With the next FOMC being held on the 4th of May, the crypto market is in wait-and-see mode as shown in the derivatives market positioning. This means unless there are unexpected events, the market should be stable in the second half of April. We maintained our view in the previous post that sub 40k Bitcoin is a buying opportunity.

Otherwise, we think the Russo-Ukrainian war scenarios are fully priced in. We expect the markets will be more sensitive to good news than bad news from now on. For example, we believe the markets would welcome any de-escalation development, such as a soft commitment from Ukraine not to join NATO in exchange for a certain defense promise from the West, or a nuclear war diminishing risk from Russia’s use of language.

On the technical side, not much has changed from our previous post. Bitcoin bounced back from the 40k level. This can be seen as a support of the Bollinger Band 2.5 standard deviation. Note that it is now trading lower than most of the common moving averages. 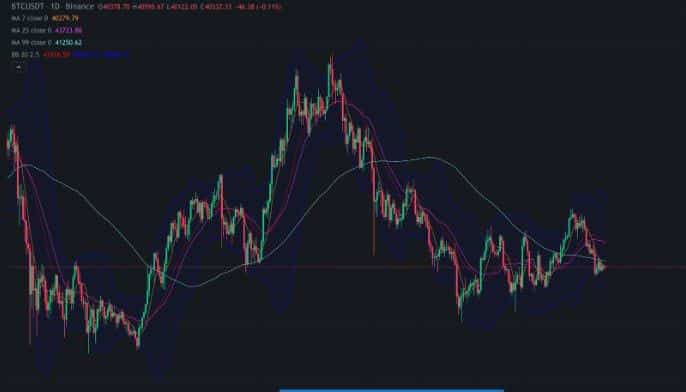 This is supported on-chain by a continuous flow of Bitcoin leaving the exchanges. 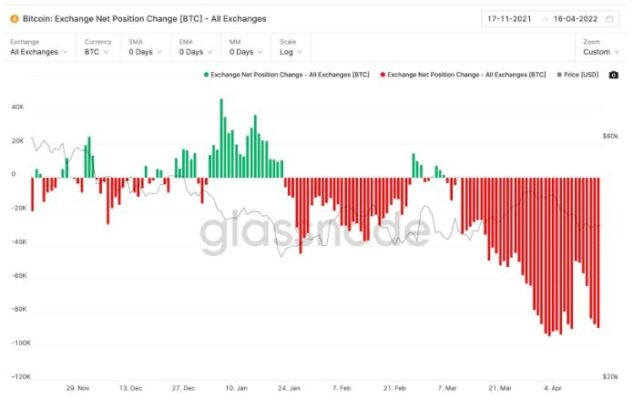 A possible scenario worth paying attention to in 2022 is when the crypto markets start to be overleveraged while the macro environment hasn’t shifted significantly. This would create a very interesting opportunity.

As we mentioned, the derivatives markets are currently not heated. Futures basis spread stays neutral to negative across the curves.
Bitcoin has been moving in a range for about 3 months now. We believe it will be the case in the immediate term. With the tightening monetary policy, the probability of Bitcoin in 2022 breaking its previous ATH (All Time High) is low. On the downside, given the higher low pattern in the daily chart. We think the 32k level seen in January and February would be very close, if not already the bottom, of 2022.

Vol markets did not show too much panic around the CPI announcement date. Front-end vols have moved a bit higher but back-end vols are fairly stable. One pattern we’ve just seen, which is rather common in the Equity markets, is the negative correlation between spot and vol: when the spot moves lower, vols are higher, and vice versa. This might mean the market is structurally long Calls hence much less need to hedge when the spot is moving higher. 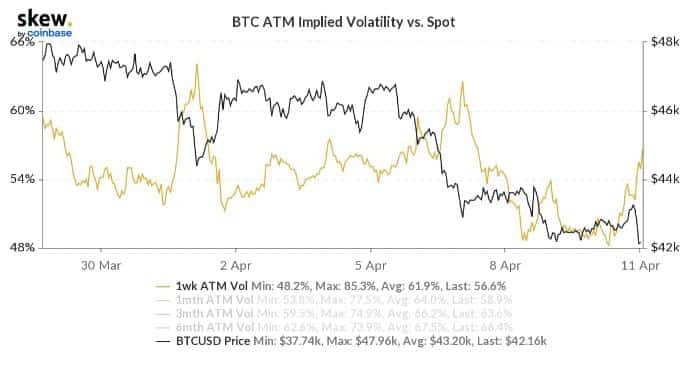 Last but not least, Notable fundraising this month was Sky Marvis – maker of the game Axie Infinity – has raised an addition of $150M to make up for the loss from the hack of nearly $600M earlier.

In terms of emerging catalysts, ETH 2.0 is expected to be sometime in Q3. It will be a major technical upgrade for the second-largest cryptocurrency. We are particularly curious to see its impact on the smart contract platform sectors including other L1s such as Solana, Avalanche, Fantom, Harmony, etc.