Terra blockchain had been halted, LUNA’s price is going towards zero and UST has been very far from recovering the peg

While the rate hike announcement of 50bps was as expected and Chair Powell’s deliberately dovish tone. The market was still overwhelmed by the uncertainty of the order of magnitude of the upcoming inflation release. The short-term gain from the beginning of May was quickly erased. Bitcoin continued to closely follow the move led by Equity as we can see in the charts below.

During this crypto market crash driven by macro factors, one billion mainly long positions were liquidated, and unsurprisingly BTC and ETH were at the top of the list.

The funding rate, which turned negative when BTC started to fall from $39k to $36k and then stayed neutral afterward shows that the market might be driven by derivatives short-selling initially but the downtrend was then confirmed by spot selling. No stratospheric unwinding of the long OIs was observed either. At the local bottom, BTC reached $29k and now is trading in the 30k-32k range.

This was also consistent with on-chain data of Exchange net position change which showed signals of BTC coming into the exchanges very recently. 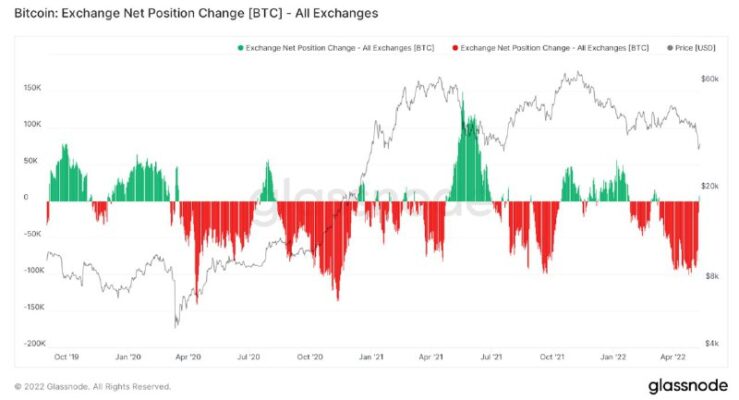 Like in every market crash, the whole market showed a strong correlation and fell in tandem with BTC’s movement. Altcoins especially fell much harder due to their high-beta behavior.

#2 | LUNA token and its Terra ecosystem

In the spotlight, LUNA token and its Terra ecosystem suffer the most. Not only did it follow the trajectory of the whole market, but its weakness was also exploited at the worst moment. The death spiral effectively happened: depeg of UST triggered devaluation of the twin asset LUNA and vice versa. In the background, the collateral assets (BTC, and to some extent AVAX) also get sold to cover the liability. Anchor protocol suffered a heavy load due to the withdrawal flow of UST. 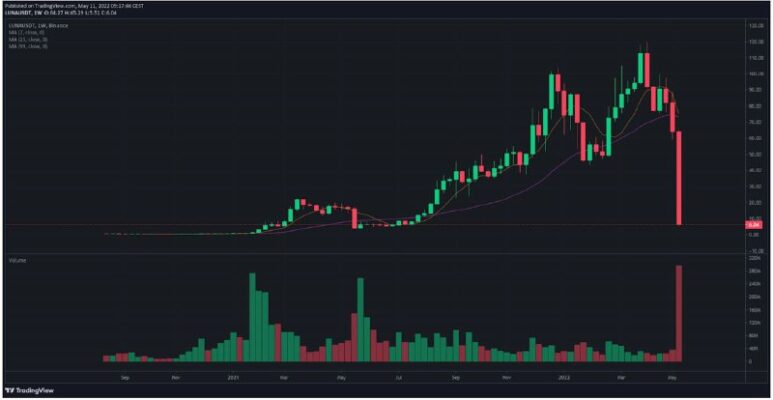 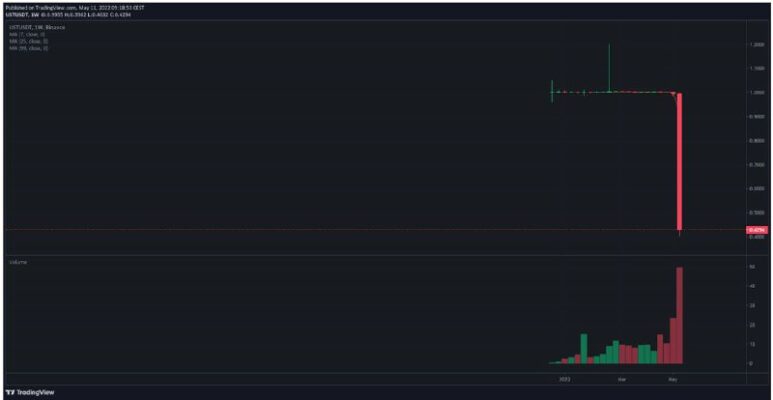 Besides, as of posting time, Terra blockchain had been halted. LUNA’s price is going towards zero. And UST has been very far from recovering the peg.
While we remain cautious of the current market environment, we think that a decent proportion of the dry powder as mentioned in Series Number #3, can be deployed to high-quality, if not best in class, assets with real long-term value creation.